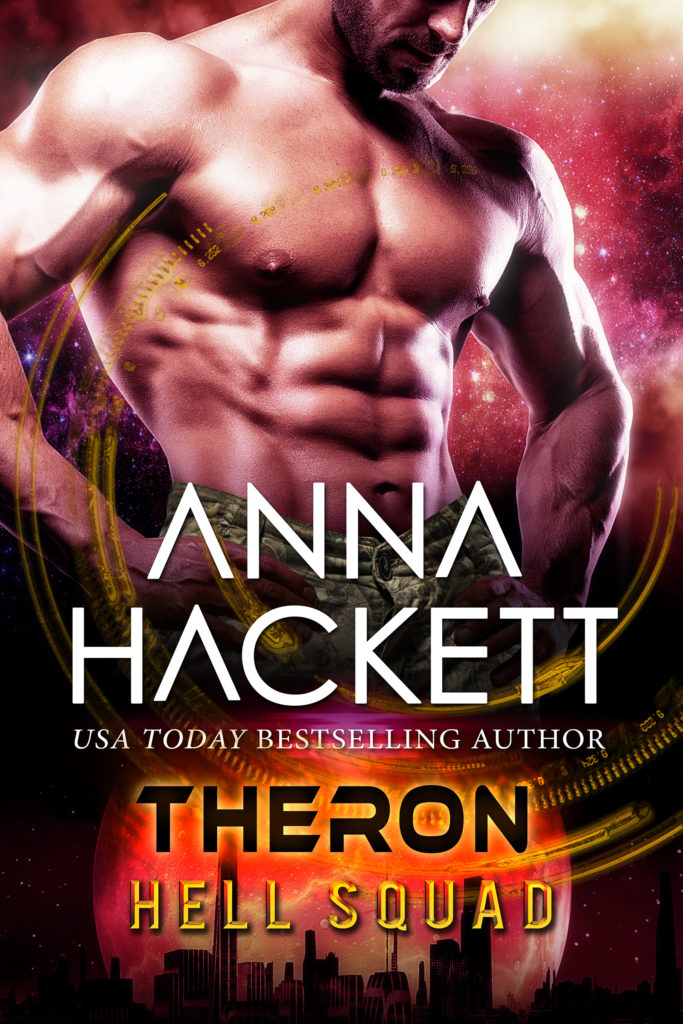 Squad mates, best friends, and fighting to survive in the middle of an alien invasion. Can she make one stubborn alpha male soldier see her as something else?

Sienna Rossi has always been a mix of contradictions. She loves ice cream, likes cooking, and is skilled at taking down aliens with her squad. Sweet and tough, soldier and woman, most people can’t seem to make sense of her…even the loving family she lost in the invasion and especially men. One man accepts her as she is, her best friend Theron. But the big, silent, muscled soldier has her firmly in the ‘friends’ zone…except that Sienna knows he wants her, and she’s determined to claim the stubborn man as hers.

Theron Wade lives to fight aliens. They killed his parents, his foster siblings, and his fellow Rangers. Now he has a new team—the tough, mostly-female Squad Nine. But one certain female haunts his dreams and stars in his darkest fantasies. Sienna is his sunshine in the darkness. He wants to her to be happy…and he knows that would never be with a man like him. A man with darker, rougher tastes that would shock her.

As Squad Nine works to track and destroy a dangerous alien device, best friends collide. Theron introduces Sienna to a world of rough, edgy passion that she craves. But as a mission goes off track, the two of them will risk everything for love, for their lives, and to save the world.